ET in the Sorbonne

The creation of a doctor in astrology 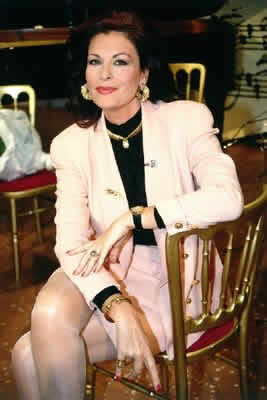 The session was a society event with firework. It took place in the grand Liard amphitheatre of the Sorbonne, under the portraits of Pascal, Descartes, Molière and Corneille, with the well known ‘scientific’ astrologer Suzel Fuzeau-Braesch on the front row and many ravishing ladies decked out with jewels elsewhere in the room.

The first surprise was that of the six committee members two weren’t present (one had excused himself and the other couldn’t make it because of a railway strike). The philosopher and alchemy expert Françoise Bonardel had come, however. She was quite satisfied with the courageous product of scholarship. Her only point of criticism was that the 40 page appendix with rock solid evidence supporting the influence of the stars wasn’t the core of the dissertation. Ms. Bonardel also said that rationalism had become a sect that had shut itself off from experience. The defendant agreed with this and observed that astrology might broaden the spectrum of universal understanding, but that the paradigm was lacking that could welcome astrology into the bosom of science.

On that moment one of the 280 listeners in the amphitheater got up. It was Sven Ortoli, editor-in-chief of Science et vie junior. He said said calmly but clearly audible: ‘I have to go now, but this is a farce. The king has no clothes … ‘. He left and also heart surgeon Christian Cabrol went away, very angry, at least he slammed the door behind him, according to The Times in London. On one of the next questions of philosopher Françoise Germaine answered: ‘Just like smart cards, beings are from the moment of their entry in this sublunar world, in the words of Aristotle, drenched with harmonic and disharmonic energies that induce a more or less balanced psyche.’ Verily an impressive sample of penetrating scientific thinking. With the authority of Aristotle she could have added that menstruating women turn the milk sour and tend to redden mirrors.

Why this farce? Why the protest? The work of Ms. Hanselmann (who got a B.A. in literature in 1992) was riddled with typos and orthographic mistakes. She confused Pareto and Weber, attributed a paper of one of the committee members to someone else (‘sorry, mistake of my computer’) and when asked for a source of one of her statements about sociology, she referred to the Dictionary of astrology! In France the astrology has been thrown out of academe in 1666, under Louis XIV, at the occasion of the establishment of the Academy of Sciences, and now it seemed it was sneaking in again under the guise of sociology.

An important reason for both the interest and the protest was maybe the defendant herself. Commonly known as Elizabeth Teissier, former Miss France (in the 1950s) and former Chanel mannequin, and now the astrologer of the weekly tv-magazine Télé 7 Jours. She also had the warm interest of the late French president Mitterand (who might have developed an interest in differential equations, if Teissier had happened to be an engineer, according to cognoscenti). She is famous in the Netherlands (but not so among intellectuals and skeptics) because her forecasts fill most of page 2 every Monday in the largest newspaper of the country.

Elizabeth Teissier has been trying for years to get astrology recognized as an academic subject in the Sorbonne, and maybe she wants to become professor there. Her graduation to doctorhood may have involved direct political support. In 1987 she predicted to Jack Lang that he would return into politics. Lang was so glad, that he promised her ‘no matter what’ she would ask him if she would turn out to be right. And within a year she did turn out to be right. She immediately asked for his assistance in getting astrology recognized in the university. At least that’s what she told an interviewer last July 2000.

Her chances to become professor have certainly not decreased. She received – after the committee had discussed the matter for five minutes – a ‘very honorable’ but not the ‘congratulations of the committee’. This latter judgement is only rarely given and corresponds roughly to a ‘cum laude’. In the good old times one could forget about becoming professor without ‘congratulations’, but this custom has been abolished. She hasn’t got her diploma yet, because the university want to check very carefully whether all the rules have been observed. The French rationalists will have to fight a lot to obstruct both her academic career and the establishment of a chair for astrology. Departing chairman of the French rationalist society AFIS, Jean-Claude Pecker, remarks that Teissier has very beautiful legs. A tough match for scientists.

Of course the ambitions of Elizabeth Teissier meet strong opposition from many sociologists, who take this to be a complete degeneration of their subject. But some sociologists view sociology as a kind of literary endeavor, and don’t mind so much.

Her thesis advisor was Michel Maffesoli. He likes a little scandal, and maybe he thought that the discussion would draw the limelight of publicity to his group. A number of scientists, among whom four French Nobelists, have been prodded by Pecker to send a letter of protest to the French minister of education, the very same Jack Lang. The physicist Jean Bricmont from Louvain, the designated successor of Pecker, doesn’t think it such a good idea to have the government interfere with who gets a Ph.D. or not. He likened the dissertation of Teissier with the hoax of his friend Alan Sokal (who made the postmodernists look foolish). Unfortunately Teissier is serious.

Ms. Hanselmann doesn’t throw a new light on astrology. Her ‘rock solid proofs’ are mostly the statistical results of Michel Gauquelin, who discredited a large part of astrology, and whose own investigations are, well, unreliable, to put it kindly. As incontrovertible proof of astrological influences she mentions ‘facts’ like the influence of the moon on oysters, on the behavior of lunatics and the influence of Saturn on sulphate of lead. She also quotes the rambling ‘researches’ of playboy Gunther Sachs. And when she claims that ‘curved atoms – that sometimes occur between people – are mathematically verified, but actually an astrological discovery’ she has left science altogether. Committee member Patrick Tacussel remarked delicately that the title of the dissertation was wrong: if astrology is coherent, then it’s modern and not post-modern.

The mind set of the young doctor can be nicely illustrated by her discussion with the chairman of the committee, Serge Moscovici. He said that scientists of the New Age (Capra, Costa de Beauregard etc.) were marginal scientists after all. Teissier riposted: ‘Everything is vibratory and nothing is of the material order, this is observed by Etienne Guillé’ Guillé (to her) is the well known scholar who wrote The alchemy of life and who determined that cobalt is related to Pluto.

When her thesis advisor explained during the defense that the idea was not to raise astrology to sciencehood, the defendant interrupted temperamentfully ‘Yes, yes, astrology is a science,’ and she muttered to herself that otherwise she wouldn’t have written such a thick book on it.

Conversely, the occult powers like Elizabeth too. During the reception afterwards part I of her own copy of the dissertation vanished. It could be dematerialised and maybe it is being read now intently in the Great Beyond. Or could it have been that astronomer, a ‘little man’ according to E.T., who asked her during the party how and where he could get a copy? E.T. filed with the police a complaint of theft of ‘the original manuscript’. (1) Usually fresh PhDs have a whole crate of undistributed copies of their thesis and they are glad when anybody at all expresses any interest!

The most famous sociologist of France, professor Pierre Bourdieu, retired a few months ago. A movie about his life is shown in Paris now, titled Sociology is a martial art. If Ms. Hanselmann would be tested for metafysical doping, she would no doubt be tested positive.

1. The copy obtained in this fashion has been thoroughly studied. An extensive criticism of Teissier’s thesis from the point of view of science has been published by Henri Broch. This French text, as well as an English translation with annotations by J.W. Nienhuys, can be found via the Zetetic website, as pdf-file.
Moreover, in the beginning of August 2001 a scholarly analysis of Teissier’s thesis from a sociological, scientific and philosophical point of view has been published, authored by nine scholars. The main conclusion is that Teissier’s thesis doesn’t contain any sociology (i.e. the neutral observation and analysis of societal phenomena). The thesis pretends to provide irrefutable proof that astrology is a science, but the author has no idea what constitutes a scientific proof, she is muddleminded about basic astronomical and astrological facts, and the pièce de resistance of her argument consists of statements about Michel Gauquelin which can only be called lies. (These same arguments and the same irrefutable proofs appear in a book by Teissier about astrology as the science of the 21st century, published in 1988, updated 1994 and translated into Dutch 1996 with the cooperation of the Dutch newspaper De Telegraaf, but not translated into English.) The word ‘epistemology’ in the thesis title calls for a philosophical analysis. One would expect a dissection of the reasons – ranging from logic to fashion – why people believe in astrology, but the closest Teissier ever comes is mention of a survey by Le Monde showing that 58 percent of all French believe in astrology.

All commentators agree that the university is to blame for this farce, Teissier merely has cleverly exploited the weakness of the university for her own advancement, namely university recognition of her passion.

This French text hasn’t been translated yet; it can be obtained through the same Zetetic website.